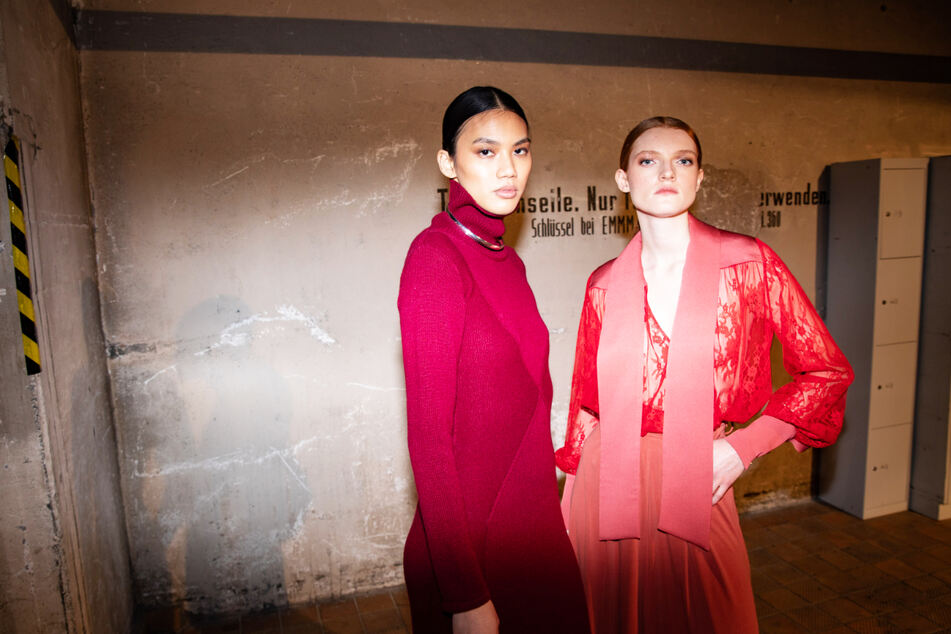 Berlin Fashion Week (BFW) returned to the German capital, from September 5 to 10, with a complete program made up of 36 fashion shows, 25 exhibitions and installations, two conferences, and a series of parties and parallel events.

Throughout the week, the city hosted the Berlin Fashion Summit, a summit discussing the topic of sustainability alongside a related exhibition, and a series of studio visits as part of the organization’s Studio2Retail concept, recently thrown out. This initiative aims to connect brands directly with consumers. Parties and other occasions reinforced the concept, which also included the launch of a circular pop-up store organized by sustainable brand Zamt and the Clothesfriends fashion rental app.

The season’s fashion, while emphasizing German designers, highlighted several international fashion creatives, including more than 35 Ukrainian designers who participated in various catwalks or exhibitions throughout Berlin, getting the opportunity to show their collections to an international audience. Below, FashionUnited has highlighted some of the BFW’s most notable runways and events.

Ukrainian brand Bobkova joined the BFW calendar this season by submitting a proposal for Spring/Summer 2023 dedicated to highlighting “freedom on a grand scale,” according to a press release. His message referred to both the freedom of his own country and the freedom of identity manifested through styles that sought to break with gender-specific conventions. The technical aspects of the collection were inspired by traditional Japanese unisex cuts, evident in tailored skirt-and-trouser suits that sat alongside oversized shirts and asymmetrical dresses.

The brand’s designer, Kristina Bobkova, drew inspiration from the flowering trees of her hometown of Kyiv for this season’s color palette, offering looks in yellows, pale pinks, and creamy whites contrasted with emerald greens, earthy colors, and silver accents. Bobkova also explored traditional Ukrainian crafts for the collection’s accessories, including the making of jewelry beads that were fired in kilns in the Ternopil region of Ukraine. The accessories offering is part of a collaboration with German sustainable bag brand Chris Bader, which was unveiled during BFW and will also launch later in New York, Shanghai, and Paris.

As part of the German Fashion Council’s Studio2Retail concept, presentations and events were held in various shops and designer studios in the city. One of the events was the opening of a new store concept by Marcell von Berlin, who welcomed the metaverse into his retail space.

At the designer’s flagship store in Berlin, Von Berlin installed augmented reality (AR) windows in which a QR code, once scanned, allowed the visitor to view the brand’s entire new collection on their device. Inside the store, attendees could also explore a virtual space in the metaverse and digital iterations of von Berlin’s designs via a computer, including a virtual bag and dress displayed in a desert-inspired online space.

Simplify The Search for The Beste Forbrukslån

5 Things You Should Know About Scholarships