All the times that Apple has surprised us 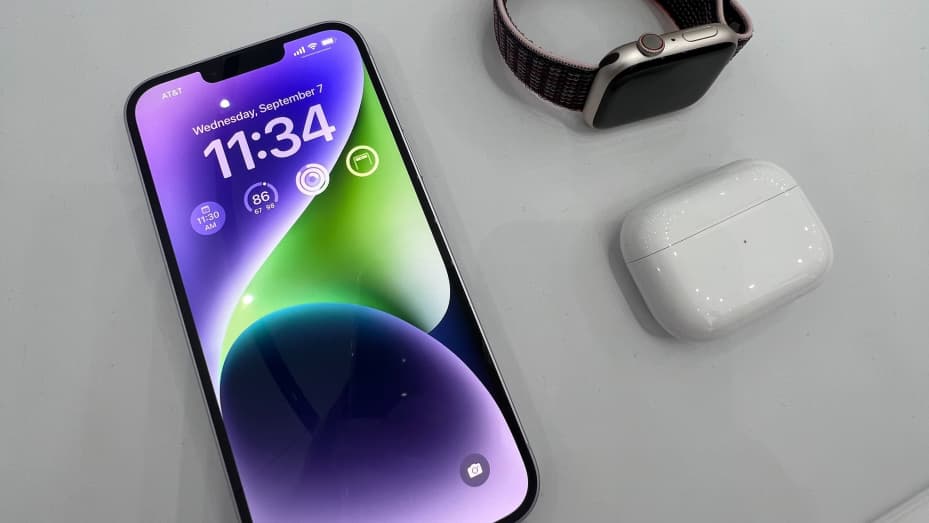 Tim Cook’s company is famous for making good products. Expensive and good. But also to surprise. Steve Jobs made it clear decades ago that Apple had to be the company that led technological advances. Well, let’s see what they have surprised us with this 2022.

When the year ends, it’s time to look back and see what has surprised us and disappointed us. It can be something generic or specific. We have wanted to look at Apple, the company responsible for the iPhone, iPad, MacBook, and other high-level technology.

Tim Cook’s company has always boasted of being a leader in its sector and bringing innovation to the world. This 2022 they have indeed created new equipment, presented new technologies, and promised changes in the future. And that’s what we’re going to talk about next.

In a year when we have not seen Apple’s AR/VR glasses since they need more time to develop, the company with the bitten apple has surprised us with some announcements, especially those focused on security.

And while it is true that the company is beginning to miss that innovation typical of the time when the CEO was Steve Jobs, no one can deny that the Cupertino company maintains its level at a time when competition is atrocious and massive. Here we all win.

Apple Technology in case of accidents and emergencies

In 2022, it became clear that Apple wanted to protect its customers in the event of accidents, avalanches, and falls into wells… Tim Cook’s company they have put the batteries with two new truly differential technologies: the accident detector and the satellite calls.

At the iPhone launch event in September, we were introduced to two new features designed to help Apple users in emergencies. The accident detector for the iPhone 14 and the new Apple Watch uses motion sensors to determine if you’ve had a car accident and call emergencies for you.

And emergency calls via satellite for the iPhone 14 line, which uses satellite communication to call emergency services in dead zones (at coverage level).

Since their introduction, both technologies have proven their effectiveness in real emergencies. It is undeniable that this type of life-saving technology is positive.

The innovation of the Dynamic Island by Apple

Last September, Apple shocked the tech world by finally getting rid of the notch… sort of. For years, iPhone users complained about the big black spot that housed the front-facing camera and embedded itself at the top of the screen.

This year, Apple has finally addressed the notch issue, but not in the way we’d hoped. On the iPhone 14 Pro and iPhone 14 Pro Max, the notch was replaced with a pill-shaped cutout called the Dynamic Island.

It is a kind of interactive button that shows you notifications and information depending on the apps you are using. Above, you have our report on how to get the most out of it.

And in our opinion, Dynamic Island is so novel that it almost makes you forget its true purpose, which is to hide the pill-shaped screen cutout. The very ingenious utility of the invention has surprised us for good. Of course, I hope they eliminate the notch on the iPhone 15.

Apple prides itself on its Think Different philosophy. But we all hate that proprietary approach when it comes to different charging ports. Why does Apple enforce the use of its Lightning port for iPhones when the rest of the world charges their devices with a USB-C cable?

Apple has resisted this switch for years, arguing that the move to USB-C would create an ” unprecedented amount of e-waste ” by making Lightning-compatible accessories obsolete.

But the reality is that the entire tech industry had accepted the Type-C port as the standard data and charging port, with Apple being the latest major company to refuse to take the plunge. Now the European Union has forced it to switch from lightning to USB-C, and we all breathe a sigh of relief.

This 2022 has not been a particularly revolutionary year for Apple, but we cannot deny that they have been surprised by some highly controversial technologies and decisions. If we have to stay with one: advances in security, with the accident detector and emergency call via satellite.

Stream Deck: guide and all the secrets of the favorite device of streamers

How to Detox and Cleanse Your Body

How Much Does It Cost to Treat Cancer in India?