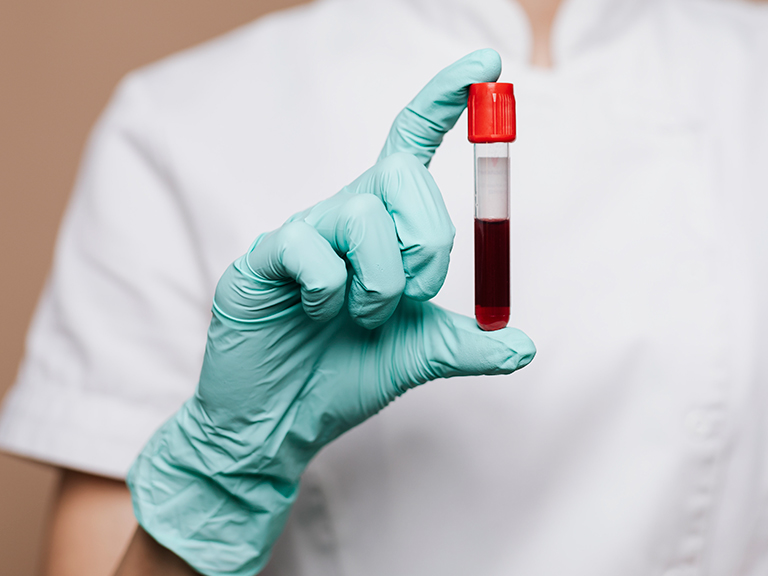 Women who are at increased risk of developing breast cancer due to mutations in cancer susceptibility genes (i.e., BRCA1, BRCA2, PALB2, ATM, and CHEK2) or a familial predisposition undergo tailored screening programs compared with women at population risk. Although thanks to these programs, the disease is usually detected at an early stage, the earlier start of check-ups places a great burden on these women. In addition, interval cancers may continue to appear between scheduled screening times.

Blood tests offer the possibility of a cheap and minimally invasive method with a high yield since a large number of biomolecules are shed in the peripheral fluids of the tumor area. These are valuable sources of information and several biomarkers can be targeted, including circulating tumor cells (CTCs), microRNAs (miRNAs), and exosomes.

The Trial Early Serum Test BREAST cancer ( TESTBREAST ) study was initiated with the goal of establishing a panel of protein-based biomarkers for the early detection of breast cancer in women at increased risk due to familial or genetic predisposition. Its particular configuration offers the opportunity for cases to serve as their own controls over time. Longitudinal sample collection will potentially provide a unique protein biomarker signature, which can be used for the development of a blood test with high sensitivity and specificity for early-onset cancer.

These results are from an analysis of serum samples taken every 4 months over a 10-year period from the 1,174 study participants with BRCA gene mutations.

An in-depth analysis of 30 samples from 3 women who developed breast cancer (cases) and 3 women who did not (controls) revealed that the levels of six proteins differed significantly between the two groups up to two years before diagnosis. The team analyzed blood samples using directed mass spectrometry. Each patient had a unique and identifiable pattern of protein clustering.

Cluster analysis revealed that of 764 candidate proteins, a panel of six distinct ones was significantly associated with the early development of breast cancer (P < 0.05).

Analyzes should probably be based both on proteins that differ between women with and without the disease and on those that change in an individual over time, the authors conclude.

How Much Does It Cost To Transfer A Number Plate?

How to Plan a Successful Construction Project?