Body posture is related to effectiveness in taking drugs 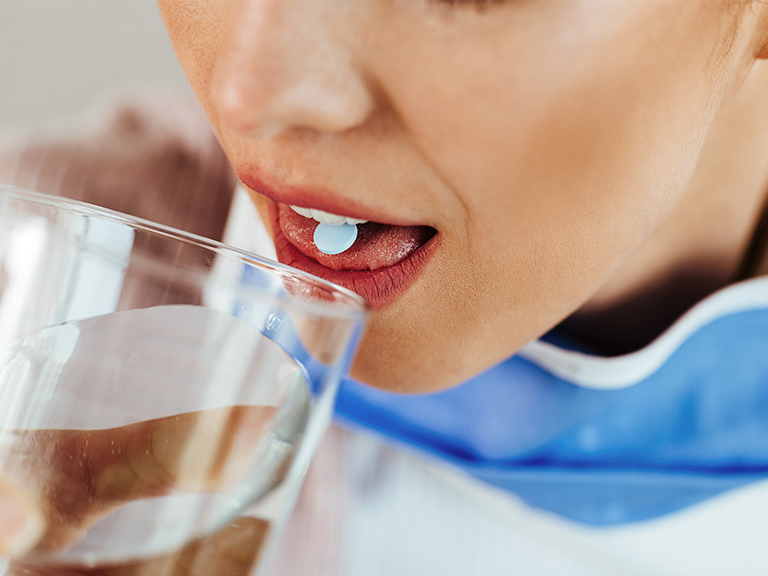 The oral route is a safe, inexpensive, and easy way of administering medications to patients and is known to result in a high degree of compliance. However, it is the most complex way for an active pharmaceutical ingredient to enter and be absorbed by the body.

The bioavailability of the drug depends not only on the formulation but also on the dynamic physiological environment of the fed stomach. This arises from the complex interaction of factors such as the content, motility, and dynamics of gastric fluids. In particular, the contractions induce pressure and shear forces that generate complex pill trajectories resulting in variable dissolution rates and non-uniform emptying.

A study conducted by Johns Hopkins University (USA) investigated the effect of posture and gastroparesis on drug dissipation and the rate of emptying in the duodenum.

To do this, they designed a model that associates gastric biomechanics with the movement of the pills and the dissolution of the drug, which quantifies the passage of the active ingredient through the pylorus towards the duodenum. With this, it was possible to calculate and compare the rate for a variety of physiological situations.

The results revealed that the intake on the right side was the best option, dissolving the drug in 10 minutes. This is explained because the content moves towards the deepest part of the organ, accelerating the process.

The second was standing up, which takes 23 minutes to dissolve and is only slightly faster than lying on your back.

Previous studies have shown that the right lateral position leads to faster gastric emptying and that the left lateral and supine positions generally lead to slower mixing and gastric emptying. It is also known that the upright position, both sitting, standing, and lying down, accelerates the emptying of food and with it, the absorption of drugs and their plasmatic concentration. Current research confirms these findings and also provides further insight into how posture influences oral drug bioavailability, which, in short, is maximized when the direction of gravity aligns with the antrum and pylorus. The location of the pill concerning the core of the retropulsive jet is also an important factor in dissolution.

This is especially relevant for narrow absorption window drugs that require tablets to be retained in the stomach longer compared to other oral drugs.

The results of this simulation recapitulate what has been observed clinically in patients with gastroparesis and provide further support for the utility of this in-silico modeling approach.

How to Get the Best Price on Bound Book Printing

This is how Netflix wants to enhance its video game platform

Jewelry piece which enriches the glam