Bronchodilators do not improve symptoms in COPD associated with smoking 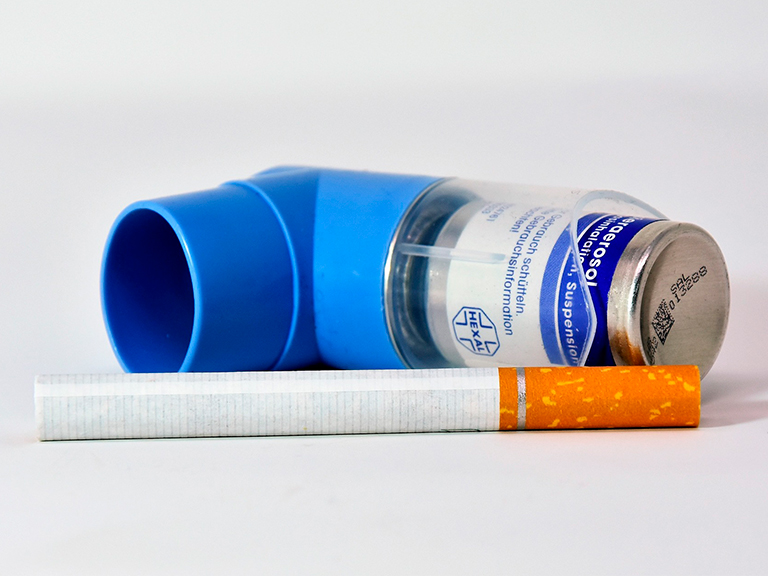 COPD is a chronic lung disease that obstructs the airways, causing coughing, wheezing, and shortness of breath. It is defined by a reduced ratio between the forced expiratory volume in 1 second (FEV1) and the forced vital capacity (FVC) after the use of bronchodilators.

A study by investigators of the RETHINK trial (Redefining Therapy in Early COPD for the Pulmonary Trials Cooperative) reveals that therapy with dual inhaled bronchodilators did not reduce respiratory symptoms in symptomatic people exposed to tobacco with preserved lung function assessed by spirometry. The 12-week, randomized, double-blind study evaluated 535 adults aged 40 to 80 years with symptoms of COPD. Twice a day, the participants used either an inhaler containing medication or a placebo.

Inhalers have long been the main treatment for these patients. However, while smoking causes a wide spectrum of lung damage, research has shown that smoking therapy only helps those who have enough lung damage to cause abnormal readings.

At the end of the trial, some adults in the medication (intervention) and placebo (control) groups saw slight improvements in their breathing, which could mean they coughed less, produced less phlegm, or felt less breathless. However, they found no significant differences between the two groups. Thus, 56% of participants who received drugs (128 of 227) perceived improvements in respiratory symptoms, compared to 59% of those who did not (144 of 244).

In conclusion, dual inhaled bronchodilator treatment did not reduce respiratory symptoms in symptomatic tobacco-exposed individuals with preserved lung function as assessed by spirometry.

Can you get financed without credit?

Advice And Pointers On How To Park The Car Properly

The three singular houses of the week