Cotton prices expected to rise due to floods in Pakistan 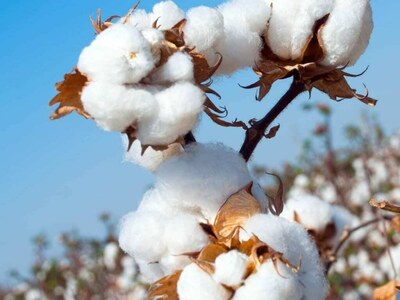 According to data from the Secretary of State for Commerce of the Government of Spain, in 2021 imports from Pakistan, a country that is currently being devastated by torrential monsoon rains, amounted to 991.8 million euros, which represents an increase of 2.3 percent compared to 2019 and 20.6 percent compared to 2020, when catastrophic floods also took place that, in addition to affecting millions of people, wreaked havoc on crops.

Cotton production has halved in the past decade, with experts citing global warming and climate change as one the reasons. Pakistan is also a key manufacturing region for garment production. If you need to import cotton to make the clothes you produce and then import, as we can see by looking at the labels on our closets, production costs will go up, disrupting the entire supply chain and ultimately impacting the global buyer. of the street.

More than 80 percent of the goods imported into Spain from this country in South Asia are concentrated in items related to the textile sectors, the main items being knitted and non-knitted clothing, articles home textiles and garments, or the cotton itself.

Pakistan is a country traditionally linked to sugar production, but due to increasingly serious water scarcity conditions caused by climate change, farmers started growing cotton, as it is naturally more resistant to drought, but in this case, the crops have had to endure just the opposite, torrential rains that have persisted in this South Asian country since June.

Many cotton crops, livelihoods for many families, since the country is only the fifth largest producer of cotton globally, have been destroyed by the storms. So far, the losses are estimated at between 40 and 45 percent of the total Pakistani cotton harvest, which represents losses at the national level valued at more than 2,600 million euros that will have a strong impact on the prices of this international raw material.

Around 33 million people in this South Asian country are being affected by the collateral effects of these monsoon rains, floods, and consequent impacts, such as landslides, according to estimates by the national government in its Response Plan to the catastrophe. With almost two-thirds of Pakistan submerged under water, the devastation caused to people, their homes, and livelihoods is catastrophic.

1.5 million people depend on cotton

About 1.5 million small farmers depend on cotton for a living, more than two-thirds, according to the Better Cotton initiative. With 20 percent of the GDP and 40 percent of the country’s jobs, the textile and clothing sector is called to play a central role in this period.

International crops have been affected

Pakistan is one of the world’s largest cotton producers, fifth after China, India, the United States, and Brazil, contributing 6 percent of the world’s cotton supply.

Heavy rains this season have also affected cotton crops in India, while drought has affected the cotton business in the United States. All this translates into a reduction in world production, which hurts exportable supplies. The US ban on Chinese cotton from Xinjiang means that importing companies must prove that their products do not contain cotton from the region, as reliance on Chinese cotton becomes increasingly critical.

These climatic adversities are becoming more and more extreme and only complicate the international situation of the textile sector, the second most polluting industry in the world, to which the planet —which neither consumes nor is affected by the greenwashing of shop windows and labels—every day calls for real actions for sustainability.

What to Look For When Buying a Sunscreen?

5 Reasons Why PACE Headphones Are A Good Purchase