Future of IoT: What To Expect in the Next 10 Years

THE Future of Internet of Things

The Internet of Things (IoT) is a network of physical objects that are embedded with sensors, software, and other technologies that enable them to collect and exchange data. 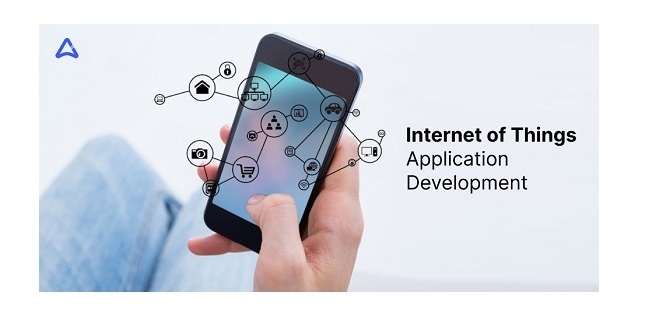 The Internet of Things, or IoT, is a network of physical devices that are connected to the internet and can communicate with each other. These devices can range from appliances to vehicles to industrial machines. IoT has been around for a few years now, but it’s still in its early stages. Right now, there are about 9 billion IoT devices in use worldwide. But by 2025, that number is expected to skyrocket to 75 billion. What does the future of IoT hold? What can we expect in the next 10 years? In this blog post, we will explore the future of IoT and what to expect in the next 10 years.

Smart cars are becoming more and more common, and they are only going to become more popular in the next few years. They offer a number of advantages over traditional cars, including better fuel efficiency, lower emissions, and enhanced safety features.

One of the most important safety features of smart cars is their ability to communicate with each other and with infrastructure such as Traffic Control Centers (TCCs). This communication can help to avoid accidents, by warning drivers of potential hazards ahead. It can also help to reduce traffic congestion and improve journey times.

As smart cars become more prevalent, the roads will become safer for everyone. But there will also be other benefits; for example, TCCs will be able to manage traffic flow more effectively, making journeys quicker and smoother for everyone.

Smart Cities on the Rise with Government Adoption of IoT

Smart Cities on the Rise with Government Adoption of IoT

The Internet of Things (IoT) is rapidly becoming a reality, with more and more devices connected to the internet every day. This trend is being driven by the increasing adoption of IoT technologies by governments around the world.

Governments are turning to IoT

IoT development company to help solve various challenges that cities face, such as traffic congestion, air pollution, and crime. By collecting data from sensors and devices across a city, governments can gain valuable insights into how to improve urban infrastructure and services.

In addition, governments are also using IoT technologies to improve citizen engagement and government transparency. For example, the city of Boston has launched an app that allows residents to report non-emergency issues directly to the city government.

As more cities adopt IoT solutions, we can expect to see major improvements in urban living in the years ahead.

The internet of things (IoT) is a term that refers to the growing network of physical objects that are connected to the internet. This includes everything from wearable devices to connected cars and smart appliances.

Businesses have started to adopt IoT technology in a variety of ways. For example, some companies have implemented IoT devices and sensors into their manufacturing process in order to track data and improve efficiency. Others have used IoT to create new services and business models, such as connecting customers with service providers through a smart device.

There are many potential benefits of adopting IoT for businesses. For instance, IoT can help businesses save money by reducing waste and increasing efficiency. It can also help them generate new revenue streams and create better customer experiences.

However, there are also some challenges associated with business adoption of IoT. One challenge is the need for investment, as implementing an IoT system can be costly. Another challenge is the security risks posed by interconnected devices, as hackers could potentially gain access to sensitive data if proper security measures are not in place.

Overall, the future of IoT looks promising for businesses. With the right strategy in place, businesses can reap the benefits of this growing technology while avoiding some of the challenges associated with it.

The industry is evolving and with it, the technology underlying the internet of things (IoT). In the past few years, we have seen a major shift from traditional rule-based systems to artificial intelligence (AI) and machine learning (ML)-based solutions. This is mainly due to the advances in AI which have allowed for more sophisticated insights.

In the next few years, we can expect to see even more advances in AI for IoT. This will enable even more insights into how people and devices interact with each other and their surroundings. Additionally, AI will help to improve the usability of IoT devices and make them more user-friendly.

The advancement of edge computing is enabling data to be processed locally, rather than being sent to the cloud for processing. This has a number of advantages, including reduced latency and improved privacy.

One of the key benefits of edge computing is that it can help to reduce latency. By processing data locally, rather than sending it to the cloud, there is no need to wait for the data to be transmitted and processed. This can be especially important in applications where real-time processing is required, such as in autonomous vehicles or virtual reality.

Another benefit of edge computing is that it can improve privacy. When data is processed locally, it doesn’t need to be shared with a central server. This means that sensitive data can be kept more secure, as there is no risk of it being intercepted or leaked.

The future of the internet of things is looking very bright. More and more devices are becoming connected and the possibilities for what we can do with this technology are endless. We are just beginning to scratch the surface of what is possible and we can’t wait to see what the future holds for the internet of things.