Genetic foundations of the vocal tract 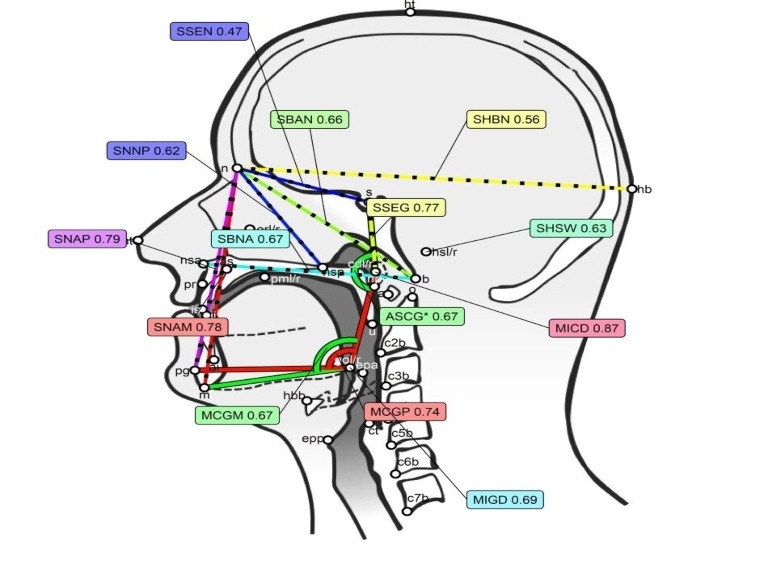 The various organs that make up the human vocal tract, such as the tongue, larynx, lips, hard palate, and jaws, are essential for speech production. Much more is known about the genetics of their developmental abnormalities, affecting, for example, the teeth, hard palate and upper lip, larynx, and tongue, than about the genetic underpinnings of their normal variation and the interaction between the genetics, environment, and cultural practices that shape them.

Researchers from the University of Barcelona address the question of the heritability of the various components of the vocal tract based on data from a large cohort of twins and a comprehensive set of rigorously defined measures based on structural MRI scans. This allows us to estimate the contributions of genes and the environment to the variation of the anatomy of the vocal tract.

An innovative aspect of the methodology of this study is that the analysis of these images was carried out by two independent researchers, who were first trained in a rigorously defined protocol based on the anthropological and phonetic literature. Following this protocol, they marked, during six months of intensive work, the 3D images to identify clearly defined anatomical structures and describe curves and surfaces. From these marks, they obtained a set of measurements, such as distances, angles, curvatures and proportions, to capture the dimensions and shape of the structures of the vocal tract and their interrelationships.

These data were then analyzed using genetic structural equation models, which allowed estimating the contribution of genes to these structures, controlling for possible confounding factors in the data, such as gender, age or intracranial volume of the participants.

The results provide new evidence on the relative contributions of genetic and environmental factors. Among them was the larynx position, which appears to be under strong genetic influence. At the same time, various bone components, such as the dental arches and hard palate, have low heritability. Previous studies have indicated that they appear to change shape in response to the effects of dental treatment, diet, and even thumb-sucking as a child.

However, other bony structures, such as the nasal cavity and the jaw, appear resistant to these environmental influences.

The study’s findings open new perspectives for understanding the complexity of genetics, environment, and culture, which shape our vocal tract and may help explain phonetic and phonological differences between languages.

The next step is to relate these anatomical findings to voice idiosyncrasies and language articulation effects. These results indicate that genetic and environmental factors, including cultural ones, shape the vocal tract, revealing that each structure has its constellation of interactions.