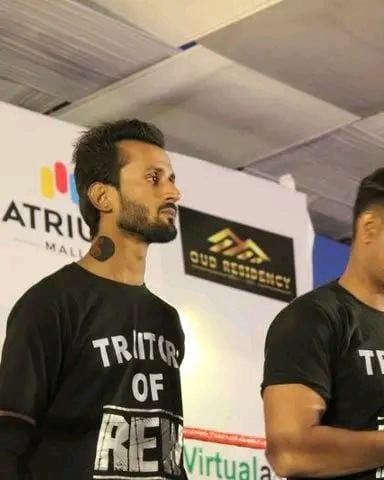 Talha Ali defeated Black Tiger (US Wrestler) in the wrestling event Wrestlemax happened in Saddar Atrium Mall, Karachi, and made Pakistan proud. Talha Ali is the best fighter in Pakistan and the upcoming star of WWE, Talha Ali is the first ever martial artist pro wrestler in the history of Pakistan. He was born on (June 15, 1995) in Karachi Pakistan. Talha Ali is a Pakistani pro wrestler signed to Revolution Eastern Wrestling. 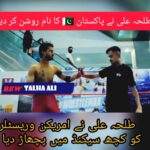 Talha Ali started in the squared circle in 2018 when he began training with the Professional Wrestling Federation of Pakistan. Before becoming a wrestler, Talha Ali began training in Kyokushin martial arts, starting in 2009 and earning a black belt after three years in 2012. Talha Ali made his pro wrestling debut at the Pro Wrestling Federation of Pakistan, “Rumble In Pakistan” event on the night’s battle royal. He would then head to his current home of Revolution Eastern Wrestling in may of the same year. He is more famous among girls and children. You can also follow him on Facebook And Instagram.
Share FacebookTwitterGoogle+LinkedinReddItWhatsAppPinterestEmailPrint

The 10 Funny Spy Movies That You Must Watch

Harry Styles: Rolling Stone names him ‘the most desirable man in the…

Create A Stunner With These Pencil Pouch Bulk!