Posing a smile can improve mood 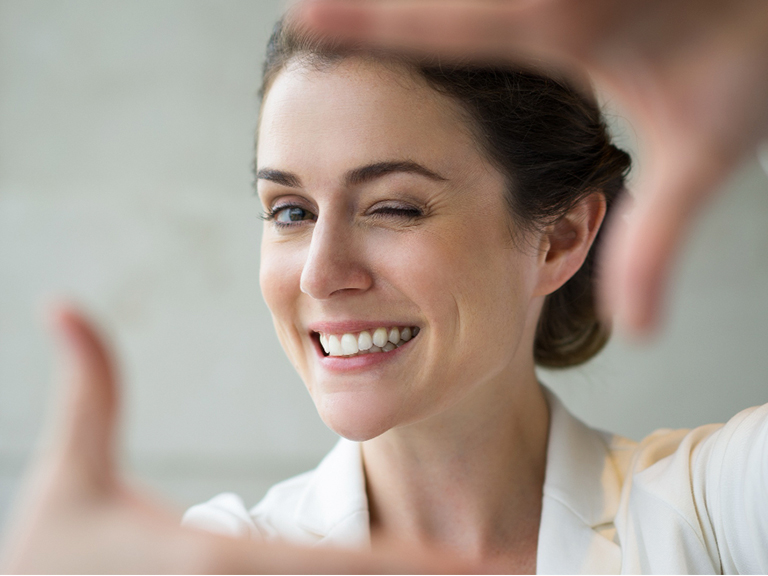 The facial feedback hypothesis suggests that facial expressions influence individuals’ emotional experiences. For example, smiling should make them feel happier and frowning should make them feel sadder. The researchers suggest that these effects arise because facial expressions provide sensorimotor feedback that contributes to the sensation of emotion, serves as cues that individuals use to make sense of it, influences other emotion-related bodily responses, or influences the processing of stimuli.

This question is part of a long-standing debate among psychology researchers about whether facial expressions influence our emotional experience, an idea known as the facial feedback hypothesis. An international collaboration of researchers led by Stanford scientist Nicholas Coles has found strong evidence that posed smiles can make us happier. While the effect isn’t strong enough to overcome something like depression, it does provide helpful insight into what emotions are and where they come from.

Psychologists are still unsure of the origins of this central part of the human condition. One theory is that our conscious experience of emotions is based on sensations in the body: the idea that a rapid heartbeat provides part of the sensation we describe as fear, for example. Facial feedback has often been cited as evidence for this theory, but some recent experiments have questioned it.

When Coles conducted a 2019 meta-analysis of previous studies on the topic, which included various methods, his results seemed to indicate at least some evidence supporting facial feedback. So she decided to settle the matter in a way that would convince both sceptics and believers. She organized the Many Smiles Collaboration, a group that included people from both sides of the issue.

The researchers created a plan that included three well-known techniques to encourage participants to activate their smile muscles. One-third of the participants were instructed to use the pen-to-mouth method, one-third were asked to mimic facial expressions seen in photos of smiling actors, and the final third were instructed to move the corners of the lips towards the ears and lift the cheeks using only the muscles of the face.

Half of the participants performed the task in each group while viewing positive images of puppies, kittens, flowers and fireworks, and the other half viewed a blank screen. They also saw these same images (or lack thereof) while instructed to use a neutral facial expression.

To disguise the objective of the test, the researchers mixed other small physical tasks and asked the participants to solve simple mathematical problems. After each task, the participants rated their degree of happiness.

The Many Smiles collaboration collected data from 3,878 participants from 19 countries. After analyzing them, the researchers discovered a notable increase in happiness when the participants imitated smiling photographs or brought their mouths closer to their ears.

For example, holding the pen may require some degree of clenching of the teeth that is not usually present in a genuine smile, which could be a confounding factor. However, the evidence for the other two techniques is clear and provides a convincing argument that human emotions are somehow linked to muscle movements or other physical sensations.

Almost 100 years ago, researchers debated whether peripheral nervous system activity was merely a byproduct of emotional processes. The current results provide strong evidence for facial feedback effects consistent with theories that peripheral nervous system activity influences emotional experience. With this strengthened foundation, future researchers can turn their attention to answering new questions about when and why these effects occur.