Rumours point to a slimmer future PS5 with an external drive. The question is, what for  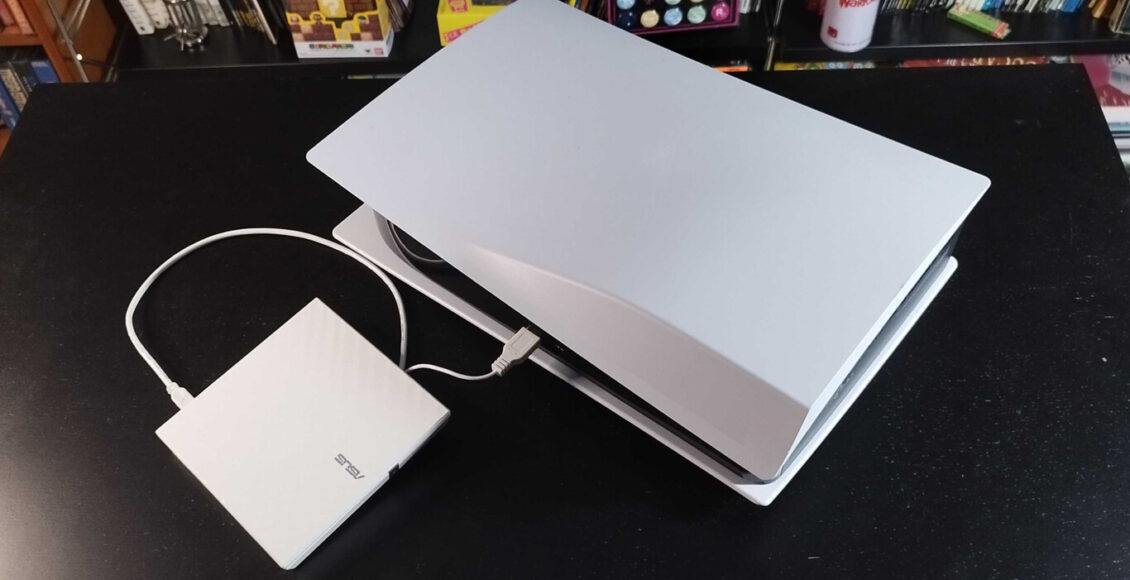 When Sony’s PS5 launched, it came in two versions: a digital one without a Blu-ray Disc player and one with a built-in Blu-ray Disc player. The rumours suggest that the Japanese manufacturer is preparing a slimmer PS5 with an external disc reader. The decision seems strange.

How big are you, PS5? The rumour proposes a somewhat thinner and more compact design, perhaps to stop that debate about size much larger than the Xbox Series X and previous versions of the PlayStation. Heat dissipation was key here, and Sony has been polishing that design and getting slightly lighter minor revisions .

New chassis, no Blu-ray player. The latest PS5 would appear in a year, in September 2023, and would do so with a chassis that “completely replace” the current ones. According to those rumours, the hardware will be “almost identical, ” and the fundamental novelty will be that it will be thinner and that the optical disc drive (Blu-ray) will not be integrated. The cover image, by the way, is doctored: our colleague John Tones has connected an ASUS CD player, and we have “covered” the BD reader slot using Photoshop to offer that vision of what that future Sony model could be.

Detachable Blu-ray player. Instead of being built-in, that Blu-ray drive will be external and optional. It will be able to connect and disconnect from the console through the USB-C connection on the back of the console. The console is expected to ship with and without the external drive, but the industry will also be available independently. The reader will have a design that aligns with the PS5 and can be “attached” to it, so it doesn’t look external, as those rumours indicate.

The decision is strange, considering Sony already sells a console without a Blu-ray drive. So it seems logical that you could launch that external Blu-ray drive separately without having to redesign the console. It would also be strange if that external reader were found together with that “PS5 Slim”; it was not compatible with the current PS5 Digital Edition. So why a whole new PS5?

Cost reduction. Logic makes us think that this PS5 will be able to reduce manufacturing costs and thus increase the profit margin of the console. We already know that Sony lost money with each PS5 sold, which is normal during the launches of these machines. That redesign could finally help pay off your hardware more clearly.

Bet on the physical format. The measure would also confirm that Sony does not give up the physical form, although they leave that decision to the users. The new Xbox Series X maintain that unit, but in the Xbox Series S, it is dispensed with, and it is a model more oriented to getting even more out of Game Pass.

Microsoft, take note. Microsoft’s gaming platform is certainly a guarantee for those who prefer digital gaming. Microsoft doesn’t seem to have any intention of having an external Blu-ray player if Series S users change their minds. That has an easy solution: launch your external reader. They did it with the Xbox 360, for which an HD DVD player appeared (which at the time competed with Blu-ray). The format died, and Microsoft decided to abandon the project.