Stream Deck: guide and all the secrets of the favorite device of streamers 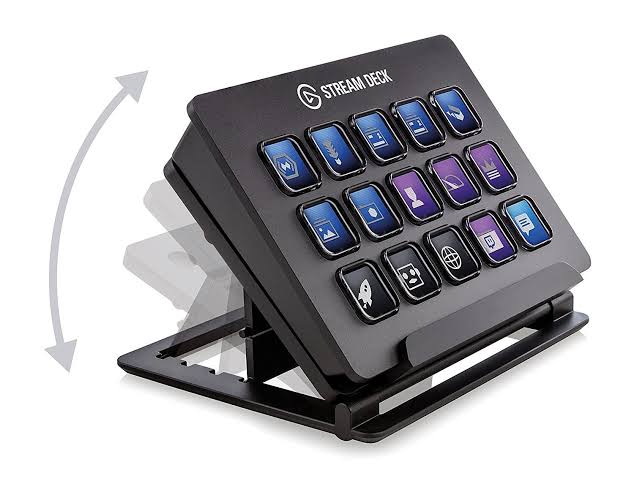 All streamers agree on the same thing, having a Stream Deck is one of the most important solutions that can be incorporated into your entire creative process. Let’s see why.

There is something that is often repeated in every streamer who uses a Stream Deck for the first time. A phrase that is often used to describe what this device can mean in a person with this occupation.

That “how have I been able to live without such a device in my life?”, is usually a question and at the same time an affirmation, which denotes the change that having a product of this type means for all those who dedicate themselves to broadcasting via the Internet .

It is a device that is often overlooked in many cases, but that becomes practically essential the moment it is used for the first time and all the virtues that it grants in the performance of a streamer are seen.

What gear does a streamer need?

In order to broadcast with a certain quality, there are elements that every streamer should take into consideration, and unless he is weighed down by the economic section, he should have it from the beginning of the broadcast.

It’s best to break down what hardware you should have early on as a streamer to keep streams looking great and keeping your viewers engaged.

A good camera – Having the best possible camera is important, as that way the broadcast will be as seamless as possible. Obviously, we have high-quality webcams, although if we could place a DRLS camera or another digital type, the quality increase would have to be higher, to retransmit our multimedia content .

Sufficient lighting : good lighting is an essential part, being able to opt for spotlights, light rings or LED panels for the camera itself and thus achieve the best possible result.

Quality microphone: A quality microphone will allow you to speak and interact with your audience in a clear and concise way so that they perfectly understand all the spoken messages that you say to them.

Audio control – If you have a tool to route and control the audio, both the quality and the possibilities that we have with the audio will be greatly increased.

Multiple Sources – Having a device that allows you to add four different HDMI sources to your stream and switch between them at the click of a button, with live transitions, picture-in-picture options, and much more, is more than welcome.

And, of course, a Stream Deck : this system that we are going to talk about shortly is another essential component for any streamer.

What is a Stream Deck?

We can say that a Stream Deck is essentially a small control panel with several customizable physical buttons to control our multimedia content .

For those of you who stream your gaming sessions or other content, it’s a handy tool to enable multiple controls , without having to stop what you’re doing at that precise moment. Thanks to these buttons you can make settings or execute preset commands .

But even so, all this can become much more , since we are talking about the level of customization that can be extreme and we can configure it to interact with all kinds of things, be able to optimize a game or make work easier by invaluable direct help.

How are Stream Decks different?

They basically differ in the number of buttons that we have at our disposal to execute one thing or another, although in all cases there are base specifications for all of them.

In those circumstances that all share is the compatibility with Windows and with Apple computers .

To find out which device you need, you just have to think about what use you want to give to live shows and broadcasts. It may be that there are those who use fewer buttons because they want to cover less, so it would be absurd to have one with many possibilities and vice versa.

You should know that to customize Stream Deck it is possible to configure several folder accesses , which means that a greater number of actions can be done automatically than buttons.

The Stream Deck has several interesting functions to know and thus know how far these types of devices can go.

We have already given you some brushstrokes, but they can still perform very interesting tasks such as:

Customize controls: this is its main function, that of being able to include simple controls for all the buttons. For example, a button could quickly disable the webcam or mute the microphone if we need to eat something or talk to someone in our house.

Send default messages : Another facet that it allows is to configure the buttons to send prepared messages on Twitch, for example, at any point of the transmission with the press of said button. This is done when we have a question or comment that is repeated a lot and we want to automate our responses as much as possible.

More Default Settings – We can also set the buttons for other utility such as recall a future broadcast, place a featured bookmark for future editing, play an ad, delete the current chat, change the current chat mode to only a follower or slow chat.

Smart Controls – These can be controlled from our Stream Deck to home lighting or another type of control that is smart and compatible. For example, Philips Hue lamps and Nanoleaf bulbs are compatible and can be varied in real time, but can also be programmed.

Video – For videos we have all sorts of controls like split tracks, trim start and end of clips, enable multi-camera editing, remove unwanted clips, save and much more.

Scene controls : another of the most useful faculties is that by means of a button we can switch between scenes, if you have more than one camera, go from one to another, place a “I’ll be right back” sign if necessary or to stop or start both the transmission and the recording, if we are doing it. A great way to customize your Stream Deck .

Each one has more or less buttons depending on the number you need.

Now that you know everything that the Stream Deck offers you, you will surely be interested in making your live broadcasts even more professional.