The Witcher: Origin of Blood is a disappointment 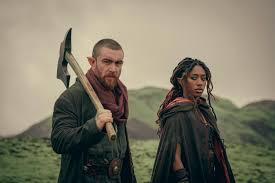 The poor reception of the new The Witcher series is a new trap in the way of what was one of Netflix’s star franchises.

The Witcher prequel, called Origin of Blood, is receiving bad reviews, both from professionals and the public, and that is a preview of what will happen with the original The Witcher series in season 4, without Henry Cavill.

The Witcher: Origin of Blood premiered a couple of weeks ago on Netflix. It takes place 1,000 years before the original series and tells how the first Warlock was created.

The series stands out for its natural landscapes and the presence and good work of Michelle Yeoh… and little else. Critics say that it is shallow, too hasty, having only 4 chapters, and very predictable. In the review of The Witcher: The Origin of Blood from HobbyConsolas.com it received a 6.5 grade.

The Witcher: a franchise in trouble

In FilmAffinity it has a majority of negative votes among critics, while users rate it 4.4 out of 100. Even worse on Rotten Tomatoes, where it has received a bombing review from the audience, with a 12% out of 100 scores. Professional critics go up to 35% out of 100 positive votes.

The key to maintaining a fantasy series like The Witcher is in the fans, and things are not looking good. Henry Cavill, the protagonist of the original series, who plays the witch Geralt de Rivia, left because the writers did not respect the books, and the fans criticize the same thing in The Witcher: The Origin of Blood: it is an invented story that has no nothing to do with the original material.

The franchise is gaining a reputation for disrespecting books and video games, and that bodes poorly for the filming of The Witcher season four without Henry Cavill. Turning your back on your base audience is a bad decision.

The Witcher: The Origin of Blood, is a failure of critics and fans, but Netflix has an asset in its favor: it seems that the audience is good. After two weeks, it is at number 3 among the most-watched series worldwide. Will it be enough to continue in the same vein, or will they listen to the fans?
The Witcher
Share FacebookTwitterGoogle+LinkedinReddItWhatsAppPinterestEmailPrint

How To Choose The Best Gaming Monitor