These are the best handheld consoles you can buy 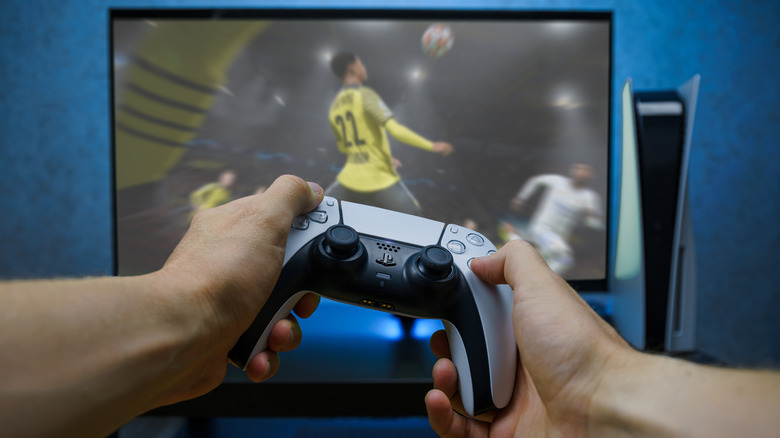 Share FacebookTwitterGoogle+LinkedinReddItWhatsAppPinterestEmailPrint
Handheld consoles survive the momentum of mobile gaming, but these consoles have a lot going for them to give you thousands of hours of entertainment.
Who said that portable consoles were dead? Today Nintendo is indeed the one who maintains the monopoly of the term thanks to its Switches, a worldwide success that has not yet ended with the arrival of the OLED Switch. After the death of the PS Vita and the onslaught of mobile gaming, it seems that Nintendo is pretty much on its own, but you shouldn’t be surprised to find other projects and handheld consoles.

There are portable consoles specially designed for retro games that you can take into account if your plan is exactly to play with emulators.

These are some of the best portable consoles you can buy this year and also at the best price. From all the models that Nintendo has, going through the lesser-known consoles that make use of emulators.

You can buy most of them on Amazon, which makes it very easy to order it and have it arrive in a couple of days or the next day if you are a Prime member .

The screen is now 7 inches and as its name suggests, with an OLED technology panel . This causes it to have better color contrast and higher brightness. For the rest it is rather the same, slightly heavier due to the increase in weight and with 64 GB of internal storage.

Our colleagues from HobbyConsolas.com have already tried it and you can read their impressions here .

The queen of handheld consoles par excellence is still Nintendo Switch . The second generation with the best battery life, this console has a 6.2-inch HD screen, Joy-Con controllers that can be detached for two people to play, and a powerful processor to power all of Nintendo’s games.

It is the best-selling model because it includes a charging dock that you connect to your Smart TV to be able to play from the sofa or when you have to go out, put the Joy-Con on and continue on the street.

The “lite” version of Nintendo Switch is actually the only thing that is different is that the screen is 5.5 inches, it does not have Joy-Con although you can play with Bluetooth controls and it does not have support to connect it to a TV.

The good thing about Nintendo Switch Lite is that it is more compact and lighter, which allows you to play anywhere, with the same games as the standard version and at the same quality.

It is one of the cheapest because you can get it from 219 euros in MediaMarkt in yellow, blue, turquoise, coral, gray and Pokémon edition.

If you’re looking for handheld consoles capable of running desktop games, right now the best option you have is Valve’s Steam Deck .

The bad thing about Steam Deck is its battery and its large size, otherwise it is a portable console with games available in your Steam account and based on Linux that has become a phenomenon, for now not for the masses because the stock is limited .

GPD XP is a handheld console based on Android to play mobile games comfortably in the purest Switch style.

It uses a MediaTek Helio G95 octa core processor, has 6 GB of RAM and 128 GB of expandable storage with a microSD card. It also has Android 11 as an operating system optimized by GPD and WiFi 6 to connect faster, download or play online with less ping.

The screen is 6 inches and has an FHD + resolution. It even accepts SIM cards to connect to the internet with 4G networks. Essentially a smartphone but in console format.

The 7000mAh battery will give you enough hours of play, it also has a 20W fast charge.

PowKiddy Q90 is a generic console but it is capable of running retro games thanks to its emulator. Therefore, if you have a longing for GameBoy, PS1, MegaDrive and many more games, this is a good option.

You just have to put the ROMs on the microSD card and run the game from its menu. It has a 3-inch screen, easy-to-use keypad, and is compatible with console ROMs like GameBoy, GameBoy Color, GameBoy Advance, NES, SNES, Master System, Genesis, PC Engine, Neo Geo, Playstation 1, and more.

You can get these consoles in stores like Amazon where you can have them with free and fast shipping by signing up for Prime . You can try it for free for 30 days without obligation since there is no type of permanence.

University students have exclusive Prime Student . Same advantages as normal Prime but with a 3-month free trial and an annual subscription with a 50% discount.

How to Choose the Best Mattress

Signs that you have Dental caries