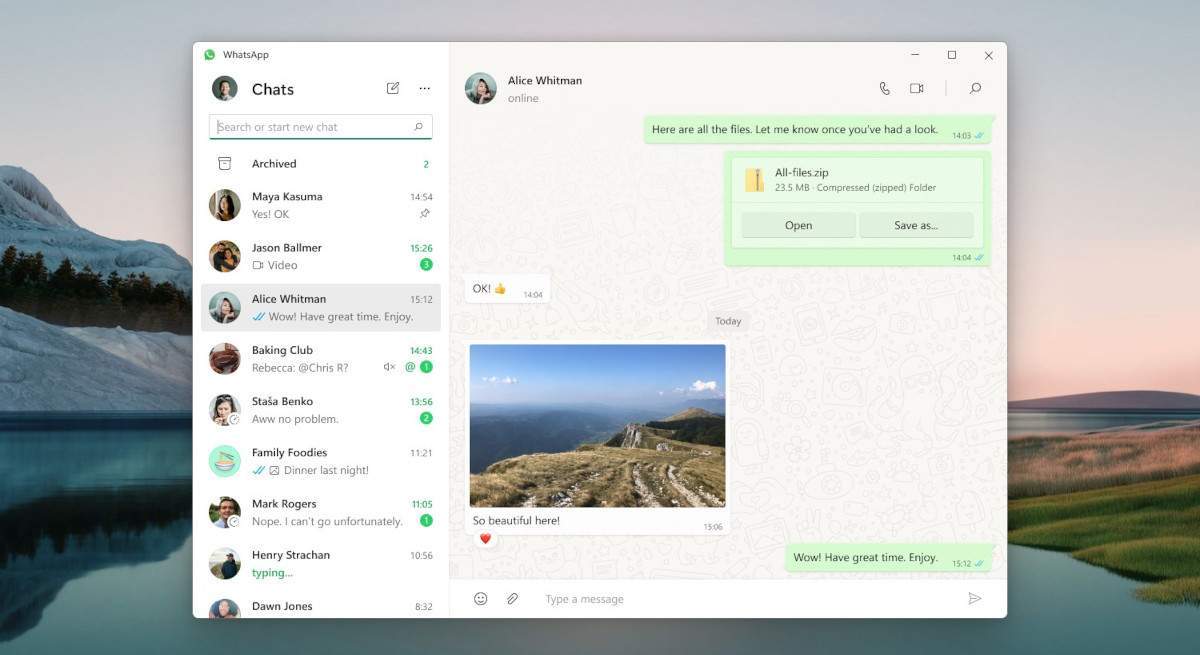 After a year in which the company has not stopped spreading news and improvements in its version of WhatsApp Web, they have finally decided to launch a native application for the computer and independent of the mobile, and although at the moment it only exists for Windows devices It’s coming soon for Mac too.

WhatsApp was initially born as an application intended to be used only with a smartphone since one of its few requirements is to register a phone number. However, over the years, users have wanted to use the app on different devices, and in 2015 the company decided to launch WhatsApp Web.

This version allows you to connect to your WhatsApp account from a computer, tablet, or another mobile phone, and even though this version was fully functional, users had been asking for a native app for computers for quite some time. Finally, the company has decided to respond to the requests and has extended this new native version for computers.

What news does it bring?

To be honest, there aren’t many differences between this version and WhatsApp Web, although it is true that the company has explained three new features that come with this app. The first is that now, being a native app, it is much more reliable and faster, in addition to the fact that it now has a specific design to optimize the use of the app in this operating system.

In addition, with this new app, the user will be able to continue receiving messages even when their smartphone is turned off or out of coverage and they will be able to have a total of four linked devices simultaneously. Of course, at the moment it can only be linked to a computer, so if you want to connect to WhatsApp through a tablet you will have to continue using the WhatsApp Web version.

The same goes for Mac users, which, as reported by the Meta-owned company in the same post, are still developing it and will have to continue using the Web version until the official launch.

Getting hold of a PlayStation 5 was until now an impossible task. That is about to…

What is the correct portion of a hypercaloric meal?

Desigual adheres to the sustainable initiative “Roadmap to Zero”

What is the purpose of the AFCAT Exam