What is ChatGPT and how does this OpenAI GPT-3 tool work? 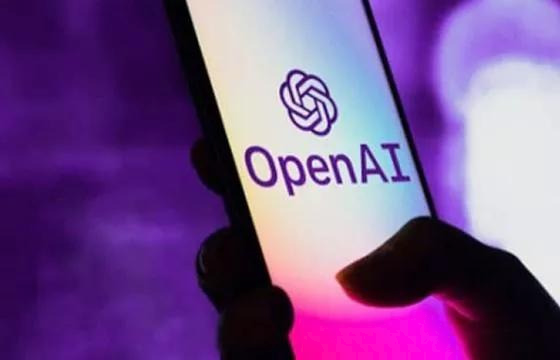 ChatGPT boom is undeniable, as are its multiple functions. This OpenAI AI tool is here to stay. We explain what it is and how to get the most out of it.

Artificial intelligence and its imminent “conquest of the world” have been feared around the world for years and it seems now almost more than ever. You may have heard of ChatGPT all over the internet these days. Some say it’s a revolutionary technology, even comparing it to Google.

Well, after months of dominating the internet with its DALL-E 2 imager, OpenAI is back on social media thanks to ChatGPT, a chatbot built on the company’s GPT-3 technology, which is the processing AI model. of the most popular language on the Internet.

This app is a revolution when it comes to providing information and answering questions similar to what would happen in a normal conversation because it has been educated using AI and machine learning.

We leave you in the following tweet a very short and explanatory direction about some functions that show all the potential and benefit that you can get from this tool. Everything, how could it be otherwise, by the hand of DotCSV?

Now, how does GPT Chat work, what is it really, and what makes it different from the dozens of other AIs we have access to today? If you have these questions in mind, don’t worry. In the following report, we will solve these and many others.

What is GPT-3 and ChatGPT?

GPT-3 (Generative Pretrained Transformer 3) is a next-generation linguistic processing AI model developed by OpenAI, in which Elon Musk participates, among others. It is capable of generating human-like text and has a wide range of applications.

It is one of the largest and most powerful language-processing AI models to date, with 175 billion parameters.

Its most common use to date is the creation of ChatGPT, a chatbot developed by the same company. Now, why don’t we ask ChatGPT what it is, and see what it tells us? This would be your answer.

Very interesting the way those last words in which he explains that it does not come to replace human capabilities.

Well, this one has a series of functions, such as answering questions, solving equations, writing texts, correcting code, translating languages, creating text summaries, making recommendations, and almost serving as a teacher by explaining how some things work. In other words, it has a wide range of functions that can simplify the daily lives of many people.

The chatbot, as he claims, is still a prototype and represents the latest in a long line of GPT (Generative Pre-Trained Transformer) technologies. The reason why it has been described as an alternative to Google is that it is capable of providing many of the same features that Google offers to users.

What advantages does this OpenAI novelty bring us?

Well, like most AIs, ChatGPT is trained using a large database of information from the Internet. With its 175 billion parameters, the model is limited to language. It cannot produce video, sound, or images like its brother Dall-E 2, but has a deep understanding of the spoken and written word.

It has a conversational interface where you can ask about anything, as it has countless abilities, ranging from writing poems about crazy things and rom-coms in alternate universes to explaining quantum mechanics in layman’s terms to writing entire articles and research papers.

His power, in a nutshell, lies in his speed and understanding of difficult facts and questions. Where we could spend hours researching, understanding, and writing an article on quantum mechanics, ChatGPT can produce a well-written answer in seconds.

This functionality might seem unimpressive when chatbots are commonplace, but the difference is that most chatbots have a small selection of pre-programmed autoresponders, while ChatGPT can respond directly to a query and adapt to the conversation accordingly. Much like a human would.

How does ChatGPT work?

At first glance, the GPT-3 technology is straightforward. Receives your requests, questions, or requests and responds quickly. However, the technology required to get to this point is much more complicated than it seems.

The model was trained using Internet text databases. This includes a whopping 570GB of data gleaned from books, Wikipedia, articles, and other writings from the Internet. To be more exact, 300 billion words were entered into the system.

As a linguistic model, it works with probabilities and can guess what the next word in a sentence should be. To get to this point, the model went through a phase of supervised testing.

To do this, data such as “What color is the wood of a tree?” The team has a correct result in mind, but that does not mean that it will be correct. If it is wrong, the team re-introduces the correct answer in the system, teaching him the correct answers and helping him train himself.

It then goes through a second phase, in which it provides various responses and a team member ranks them from best to worst, training the model on the comparisons.

What sets this technology apart is that it keeps learning while guessing what the next word should be, constantly improving its understanding of the questions to become the perfect Google, hence the battle that exists now and the fear of being replaced.

This is all you can get with ChatGPT

Since it has gone viral on the Internet, ChatGPT has been put to the test in different aspects that we want to show you. Of course, two very important points should be noted:

Highlight that, at the end of all the text (it does not enter the image) add the following note: Always remember to warm up before doing any exercise routine and stretch at the end. It is also important to listen to your body. If you have any questions or concerns, consult a health professional or personal trainer before beginning any exercise routine.

For those who don’t know, a virtual machine emulates a complete computer. In plain words, it is software that can impersonate another device, such as a PC, so that you can run another operating system inside it.

Note that OpenAI is also very aware of the Internet and what people can do to make the AI ​​produce dark or harmful content. So, like its Dall-E imager before it, ChatGPT will prevent you from asking the most inappropriate questions or asking for help with dangerous requests.

Of course, all this focused on ChatGPT, but in reality, if we increase the radius and include other AIs such as AlphaCode or Copilot (apart from those that generate images such as Stable Diffusion, among others), many experts agree on this same conclusion: While it is true that some jobs will disappear, new ones will emerge that involve working with AI.

The change will be similar to the reshaping of the workforce after the Industrial Revolution. AI has already entered almost every industry, but its future of it promises to further revolutionize certain sectors.

Knowing all this, it only remains to say that it has been a human being who has developed artificial intelligence, and, despite the efforts to imitate human intelligence through it, there is still a long way to go to achieve an intelligent system that can conquer us.

Avatar 2 shines before its premiere with a new trailer

The Best And Worst Cities For Hqpotner