What is the correct portion of a hypercaloric meal? 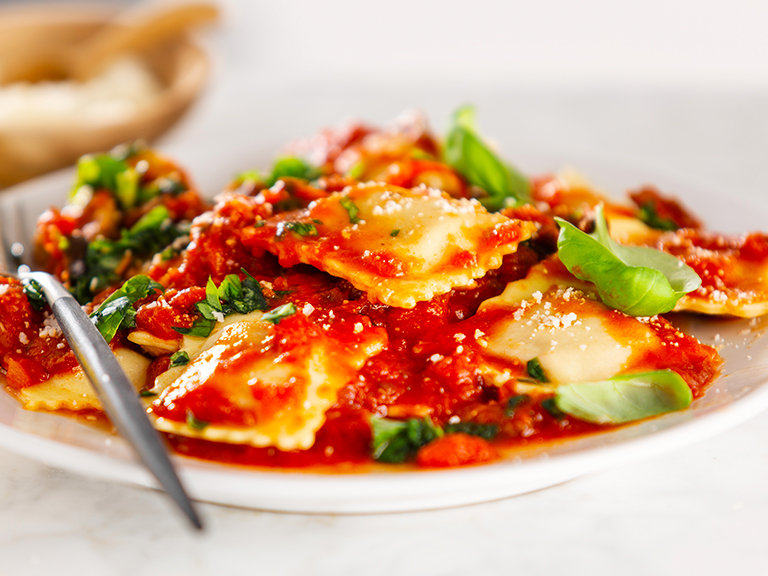 Hypercaloric meal – There is a “self-regulation” depending on the weight and energy density of the food.

The energy density of foods (DE, kcal/g) refers to the energy content (kcal) of a given weight of food (g) and varies considerably between them. For example, cucumber and pecans have a DE of 0.15 kcal/g and 7.26 kcal/g, respectively.

Since the early 1980s, the literature has linked excess energy intake with an inability to “compensate” for differences in ED of meals by selecting smaller meals with increasing ED.

Findings led by the University of Bristol reshape the longstanding belief that humans are insensitive to the energy content of the food they eat and are therefore likely to eat the same amount of food (by weight) regardless of whether it is rich or energy poor.

This premise stems from previous studies in which the energy content of foods was manipulated to create “low” and “high” versions, with participants consuming without knowing which was which. The results showed that they tended to eat meals of the same weight, resulting in higher calorie consumption with the high-energy version.

Now, this assumption is reversed. There would be a degree of nutritional intelligence by which humans are able to adjust the amount they consume of energy-dense options.

To test it, they carried out an essay in which normal, everyday diets with different energy densities were used. The team of international researchers, including experts from the US National Institutes of Health (NIH), calculated the calories, grams, and SD of each meal the participants consumed.

The results demonstrated that calorie intake increased with energy density in energy-poor meals, as previously observed with artificially engineered foods. However, a tipping point was observed whereby people begin to respond to increases in a hypercaloric meal by reducing the size of the meals they eat.

This suggests a hitherto unrecognized sensitivity to the energy content of the foods people ate.

The research sheds light on human eating behavior, specifically an apparent and subtle sensitivity to calories.

Custom Kraft Cookie Boxes Is Your Worst Enemy. 10 Ways To Defeat It

Top Things You Must Know Before Buying an Apartment in Dubai