What Really Happens At A Hindu Funeral Ceremony? 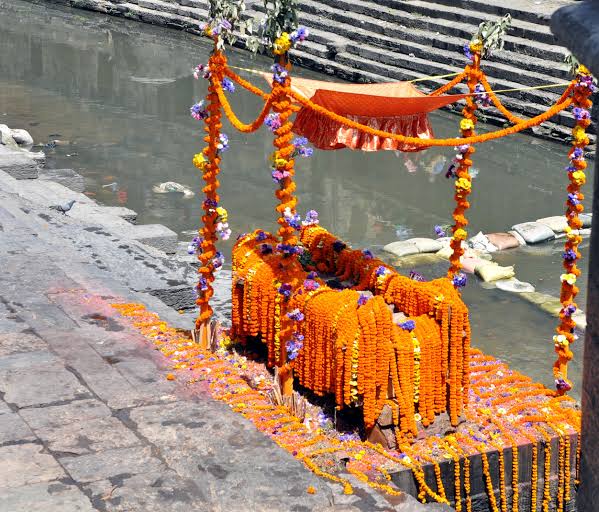 The funeral customs of the Hindu religion vary depending on region, caste, and the socio-economic status. In the provinces of Bengal and Gujarat, an elaborate ceremony takes place in which members of the family and close friends recite prayers in Sanskrit and Hindi to a group of people who are mourning. The ceremony is led by a pandit or priest.

Definition of a Hindu Funeral Ceremony

A Hindu funeral ceremony is a religious rite performed to release the deceased’s soul from the earthly world and send it on to its next reincarnation. A priest usually conducts the ceremony, although family members may also participate.

The deceased’s body is typically cremated, although burial is sometimes allowed. Before cremation or burial, the body is washed and clothed in new, clean garments. It is then placed on a bier or stretcher and covered with a shroud.

After the body has been completely reduced to ashes, these are collected and immersed in a river or ocean. The family members may also take some of the ashes home with them for scattering at a later time.

The Process of a Hindu Funeral Ceremony

When a Hindu dies, their family and friends gather to perform the last rites, or Antyesti. This is a highly ritualistic and spiritual ceremony that is meant to release the soul from the body and prepare it for its journey to the afterlife.

The first step of the ceremony is washing the body. This is done with holy water from the Ganges River if possible, but any pure water will do. The body is then clothed in new, white garments and placed on a bier. Throughout the ceremony, there will be chanting of mantras and readings from religious texts.

Next, the family lights a fire in front of which they offer prayers and libations. The body is then cremated on the pyre, and the ashes are collected and scattered in a river or other body of water.

This completes the physical portion of the ceremony, but the soul’s journey is not yet over. For up to ten days after death, Hindus believe that the soul wanders in limbo before being reborn into another life. During this time, loved ones perform special rituals and prayers to help guide the soul to its next destination.

What Mourners Wear to a Hindu Funeral Ceremony

When attending a Hindu funeral ceremony, mourners typically wear white or off-white clothing. The color white symbolizes purity and is considered to be a respectful hue to wear when attending a funeral. It is also important to avoid wearing any bright colors or patterns as this can be considered disrespectful. In Hindu culture, funerals are typically held within 24 hours of the person’s death. Therefore, mourners should dress comfortably as they may be sitting on the ground for an extended period of time.

Rituals and Customs in a Hindu Funeral Ceremony

When a Hindu person dies, their family and friends will often gather to perform various rituals and customs as part of the funeral ceremony. These rituals and customs are designed to help the person’s soul transition into the afterlife, and to provide comfort and support to those who are grieving.

One of the most important aspects of a Hindu funeral is the cremation process. Cremation is seen as a way of releasing the soul from the physical body, and it is believed that the soul will then be able to move on to the next life. The body is typically burned on a pyre, and the ashes are then scattered in a river or ocean.

Before the cremation takes place, there is usually a period of mourning, during which family and friends will gather at the home of the deceased. Prayers will be said, and food and drink may be offered to guests. Once the cremation has taken place, there may be a further period of mourning, during which time the family will stay at home and not venture out in public.

After the funeral ceremony has concluded, it is customary for those who have been affected by the death to make an offering (known as a shraad) to the gods or goddesses that they worship. This offering can take many forms, but it is usually something that has personal significance to the bereaved person or family.

What is the procedure for a Hindu funeral?

When a Hindu dies, their family will usually cremate the body. The body is washed and then clothed in new white clothes. A priest will say prayers over the body and family members will often put flowers or garlands around the body.

The body is then placed on a pyre made of wood and straw and set ablaze. Family members may stay with the body until it is completely burnt. Once the cremation is complete, the ashes are collected and immersed in a holy river such as the Ganges.

What do you give an Indian family when someone dies?

In India, when someone dies, the family is given a few days to grieve before the funeral ceremony is held. On the day of the funeral, the body is washed and clothed in new clothes. The body is then placed on a pyre made of wood, and the family and friends gather around to watch as the body is cremated.

After the cremation, the family takes the ashes to a river or ocean to scatter them. This is usually done early in the morning, before sunrise. Once the ashes have been scattered, the family members head back home and begin their period of mourning.