Why Liposuction Is A Good Choice For Thinner Ankles And Calves? 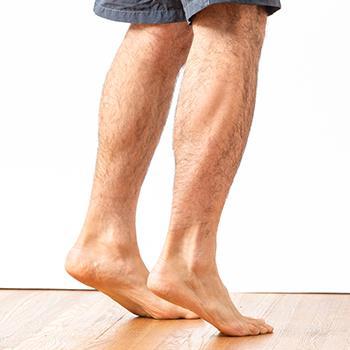 Patients who have excess fat around their calves and ankles may experience feelings of self-consciousness regarding their appearance. Even with a balanced diet and regular exercise, it may be difficult to lose stubborn leg fat and enhance the tone and definition of the calves. This may be the case even in those who are overweight. The calves are just one of the numerous places of the body that might benefit from liposuction, which helps eliminate problematic fat deposits that Cause Ankles to Swell and creates a more toned and sculpted appearance overall. Liposuction of the calves is an option to consider if you are dissatisfied with the size of your calves and want greater definition in that area of your body.

What Exactly Is Meant By “Calf Liposuction”?

Cosmetic therapy is known as liposuction targets parts of the body that are resistant to losing fat in other ways. By physically extracting fat cells from the body through the use of a tube known as a cannula, liposuction can lower the total amount of fat in a patient’s body. Liposuction can be used to sculpt the legs and give the appearance of being thinner when it is performed on the calves.

People who are uncomfortable with the appearance of their huge, fatty calves may find that liposuction of the calves might solve many of the problems that they are experiencing, such as dimpling and thick ankles. In addition to improving the definition of the muscles and Achilles tendon, calf liposuction can help reduce the amount of excess fat that is found in the calves.

Liposuction Of The Calf Procedure

To get the best possible outcomes from each calf liposuction surgery, the treatment is individualized to the specific requirements of the patient. While the treatment for some people may benefit from being more narrowly focused, others may need to have their calves surgically reduced in size together.

Liposuction of the calf is typically done under the influence of the local anesthetic. In most cases, the treatment will take between one and two hours to finish. A little incision is made in the patient’s calf to start the liposuction operation on the calf. This incision is then used to implant the cannula, which is then pushed back and forth in a gliding motion to help break up the fat and remove it from the area. The removal of fat results in the calves taking on an appearance that is more sculpted and refined. Calf liposuction can also assist in minimizing the size of the ankles, exposing the attractive bone structure underneath the skin.

The Advantages Of Calves Having Liposuction Done On Them

Those who want to increase the size of their calves or give their calves more definition can realize many benefits through calf liposuction. A few examples of these advantages are as follows:

Participants In The Calf Liposuction Procedure

People who are unable to attain the appearance they seek through diet and exercise alone may find that calf liposuction is a good alternative for them since it may help create beautiful calves and ankles that are slim and well-defined. In addition to desiring to enhance the look of their calves, applicants for calf liposuction should be physically fit enough to undergo surgery and maintain a positive attitude about cosmetic procedures such as liposuction. Because liposuction does not result in significant weight loss, candidates should also be close to their desired weight b

Why Hiring Lighting Services Is Important For Organizing An Event?

From Stocking Shelves to the National Team: The Rise of San Marino Football

Is sassa fake or real what people think about it? Apply for SASSA